The CCN shutdown due to the new Google updates and its search visibility took the world by storm and was featured in the latest altcoin news. As one of the best media outlets in the area of crypto and blockchain, CCN was dominant and posted reports of great quality. However, it seems like the website was affected after an update from Google, causing CCN’s advertising revenue to collapse by 90% due to the lower visibility of its articles on Google.

According to the official CCN announcement, the SEO analyzer Sistrix shows that the website’s Google visibility following the new changes dropped from 1.2 to less than 0.6. This was reported by many best cryptocurrency news sites as the real cause for the CCN shutdown. The crypto media, after all, relied on this income and the money was directly funneled back into the financing of the operation.

This is also a growing problem that many cryptocurrency news sites have. Media projects that are financed by advertising tend to create problems for more than a decade. Google AdSsense is by far the most important source of advertising revenue for most of these projects.

The good news in this entire story is that as a media outlet and a source for the best Bitcoin and latest cryptocurrency news out there, our website DC Forecasts remains stable. In fact, our visibility on Google is always increasing thanks to our regular updates and most importantly – thanks to our team of SEO experts that is actively following every update released by Google.

Furthermore, our website is not financed by advertising and is therefore less dependent on Google. We have our own investors and a community of people who should not depend on clicks in order to improve the quality of our content or expect more. As such, we are continuously innovating the crypto currency news space – being less focused on the broad masses and more focused on readers who want to learn the latest news in every segment related to cryptocurrency, fintech, blockchain and Bitcoin.

In the end, we sincerely regret the news of the CCN shutdown. The community will definitely not be the same again and we will all lose a quality medium. Founded in 2013 (as CryptoCoinsNews) it was one of the first websites reporting on the latest crypto news, coming altcoin news and more – having the highest amount of traffic worldwide. 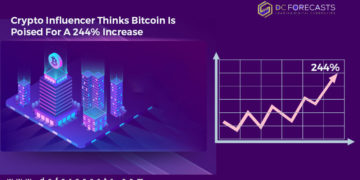 Institutions Buy On The BTC Dip Despite The Price Volatility: Analysis