DASH News (DASH) is a cryptocurrency which recently joined the billion club ranks. The altcoin, which is focused on providing faster transactions and greater privacy, recently surpassed a market cap of $1 billion as the value of the cryptocurrency made big gains. Here, you will be able to see all the Dash news crypto, Dash news coin, Dash news price and more! There are a variety of factors why DASH managed to rise so quickly. The cryptocurrency has partnered with many banks and payment services and quickly became popular after several cryptocurrency exchanges (such as Bitfinex) said they will list it. Here, you can read all the latest DASH news and explore the cryptocurrency in detail.

Dash is known as a peer-to-peer decentralized electronic form of payment which is free from any central regulations such as bank or government authorities. With the DASH cryptocurrency, users can transact funds anonymously. Evan Duffield came across Bitcoin in 2010 and was impressed by the technology - which motivated him to sit down and try to improve it later on. As the Dash news crypto showed, the transaction speed and lack of privacy was what inspired Duffield to create the cryptocurrency. Inspired by the cryptocurrency leader Bitcoin, Dash has a couple of major differences. As the founder explained it, the network is “built on the same technology that made Bitcoin successful” and allows users to “run full nodes and provide extra services to the network.” In other words, Dash has a vision to add extra features which are quite impossible in Bitcoin. Over the years, Dash has captured a lot of attention. The recent DASH coin price news show that as the demand for this coin grows, the interest is also encouraging many to take a second look and explore the Dash features even more.

Just like most cryptocurrencies, DASH can be mined. Mining Dash is an interesting subject and there are many Dash wallets which are reserved for users who want to keep their holdings on them. When it comes to the Dash fees, they are constantly changing. As you can see in the updates below, we are covering every aspect of Dash including its price, fees, wallets and more. So, if you want to educate and explore the latest DASH news, this page is for you!

Shortly After Delisting, Dash Pushed Back On Its Privacy Coin Status 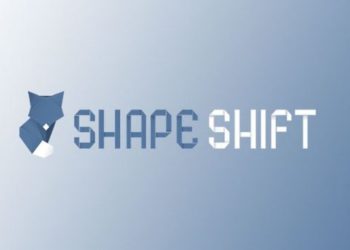 Dysfunctional Governance Is Responsible For The Dash Fall: Report