Some know it as a revolutionary new and next-generation public distributed ledger which uses a novel invention called “Tangle” at its core - and others refer to it as a coin with a radical new architecture. Either way, you can see that the IOTA news today show that this is a serious cryptocurrency with amazing blockchain capabilities. There are no miners in the IOTA ecosystem. This means that each participant in the network who wants to make a transaction needs to actively participate in the consensus of the network by approving 2 past transactions. This model has been discussed in the IOTA news many times before.

As we have shared many times in our IOTA news today, what makes this cryptocurrency unique is its scalability, lack of transaction fees, decentralization and quantum-immunity. While the fees and scalability parts are clear, decentralization means that IOTA has no miners and the immunity comes through the newly designed hash function called Curl. In December 2015, the IOTA news showed that the entire supply of the cryptocurrency was sold in a crowdsale which raised over $500,000 in Bitcoin. Since the team did not premine any tokens, the community donated 5% of the tokens to fund the IOTA Foundation which is a company focused on development, research and education in order to advance the cryptocurrency.

The distributed ledger of the IOTA cryptocurrency called the “Tangle” is based on a unique data structure that is referred to as a Directed Acyclic Graph (DAG). For every transaction occurring on the IOTa network, the transaction needs to approve two previous ones by conducting a small amount of Proof of Work for them. Since the technology is still in the early days, the upcoming IOTA news may come with a lot of benefits for users and token holders. While the technology behind this coin may be interesting and quite revolutionary, it is always important to research and read the latest IOTA news before trading. You can do that here - and scroll below to check our collection of IOTA articles! 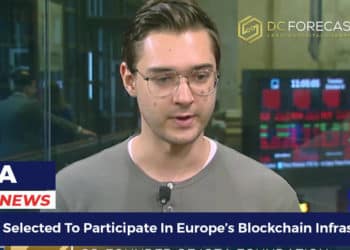