Blockchain company Blockchains LLC plans to build a smart city in Nevada on the east side of Reno according to the CEO Jeffrey Berns who cays the city will incorporate digital currency payments for goods and services which will be stored on the blockchain so let’s read more about in our latest Blockchain news.

Blockchain incubator and investment company Blockchains LLC plans to build a smart city in Nevada according to an interview with the CEO of the company Jeffrey Berns who said that he asked the state of Nevada to let him form a local government on the land that the company owns in Storey County. If his petition is successful, the blockchain company could be allowed to operate as an innovative zone where companies will impose taxes and create courts while incorporating digital currency payments for goods and services. 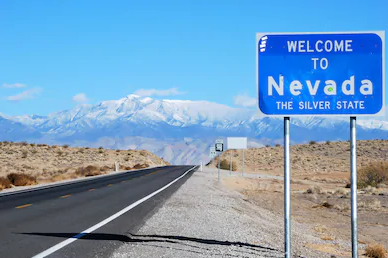 Berns claimed the way that the government is built is not ideal for creating a community based on the blockchain or cryptocurrencies as well as other innovative technology. He proposed the crypto city as a place where people will be willing to start from scratch. Blockchains LLC originally purchased the land for $170 million back in 2018 and Berns said that the proposed crypto city will feature Blockchains campus, sports arena, residential properties, and content creation studio. The CEO said he hopes to build 15,000 homes in the city in 75 years, where residential development is now allowed on most of the company lend so it will limit the property to 3500 homes.

If Nevada regulators accept these innovation zones, three people could end up governing private technology companies’ properties with about 50,000 acres and $1 billion investment. The legislation could affect the Tesla Gigafactory which is located in the same county, as well as  Amazon that has a fulfillment center in the area. Berns noted that he wants Blockchains to break ground for the smart city by 2022.

Speaking of smart cities, Xinhua News, a governmental news agency, reported that the Ping An Group will invest more than $4 billion in the Sanya municipality to develop the construction of the smart city and also provide financial services and insurance funds. The giant corporation released a white paper on smart cities this summer where they presented themselves as huge advocates for blockchain technology, cloud computing, and artificial intelligence.