This category is dedicated to the upcoming digital currency which will be released by the social media giant Facebook - named Libra. The Libra news and Libra coin news today will provide you with all upcoming information about the new stablecoin. For those of you who don’t know, Facebook has revealed plans for a new global digital currency which would be backed by assets and supported by numerous companies including the names of Visa, Mastercard, Lyft, Spotify and many others. This brought the attention to Facebook and the Libra coin news as one of the most promising digital currencies which may transform financial services as we know them.

The Libra Announcement And Facebook’s Vision Behind This Cryptocurrency

On June 18, 2019, Facebook officially announced Libra. It described it as a virtual currency (cryptocurrency) which in the company’s vision, should become a global currency for billions of people. Libra is meant to help everyone - especially people in developing countries who have no access to banks or financial services. In many ways, Libra could allow transferring money to other people or simply using them to buy stuff. According to the CEO of Facebook Mark Zuckerberg, Libra is not done by one man - an entire team including major Silicon Valley programmers are working on it non-stop. As a cryptocurrency native to the Facebook ecosystem, Libra will be governed by the Libra Association. This is a group based in Switzerland which counts 28 members and big names in technology and finance.

How Will Libra Work: Is It A Cryptocurrency Or Not?

If you are asking yourself questions about Libra such as “how will it work” or whether it is a cryptocurrency, you can get all of the answers from the Libra news white paper - which serves as a technical manifesto. As detailed in it, Libra is envisioned to run on a “blockchain” which is again a controversial definition in many ways. When it comes to the question if Libra coin news is a cryptocurrency or not, it is safe to say that it is very different from cryptocurrencies like Bitcoin and Ethereum - but also shares a lot of similar characteristics. Basically, the Libra blockchain is not decentralized in the same way that Bitcoin is. In contrast to the Bitcoin blockchain where anyone can run a node, Libra’s nodes will only run from the servers of the Libra Association and its respected members. [read more="Read More" less="Read Less"]

Check Out The Upcoming News About Facebook’s Libra Coin

Libra is centralized because of scale and speed. Decentralization is what makes the system less vulnerable to hacks or shutdowns, which is where Libra wins in many ways. According to the cryptocurrency and its white paper, over the next five years Libra will shift from the current proposed model (called “permissioned” blockchain) to a totally decentralized (or “permissionless” blockchain). However, there are no guarantees if this will ever happen. Even though Libra won’t launch until 2020, this does not mean that people are not already ready for the entire affair. Facebook promised that it won’t use payment data to target adverts. However, the trust behind Facebook has been lost for many reasons so far. At the end of the day, it is certain to assume that Facebook’s Libra cryptocurrency will shake up the crypto ecosystem in a positive way. However, even though the Libra white paper has been published and Libra is almost done, it doesn’t mean that there won’t be changes.  In this category, we will show you all the recent Libra coin news today, its backers and the project as a whole. So, tune in and start exploring! [/read] 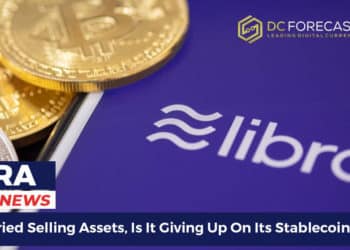 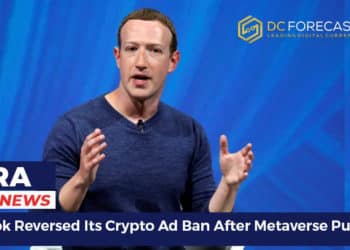 Diem Stablecoin Distanced Itself From Facebook As It Launched Novi